A small town on the South bank of the river Tyne between Gateshead and South Shields, originally in the County of Durham.

It was officially given it's Coat of  arms on the 3rd March 1930, and then on the 1st April 1974 Jarrow was incorporated into the "Metropolitan Borough of South Tyneside", along with the town of South Shields and the Urban Districts of Boldon and Hebburn. This now being the new County of Tyne and Wear. 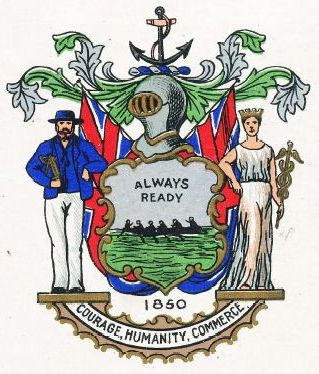 Jarrow was known in the past for it's Monastery, Coalmines and Shipyards, also the starting location of "The Jarrow March" in 1936, which was to highlight the plight of it's population due to the closure of Palmers, one of the biggest employers in the area.